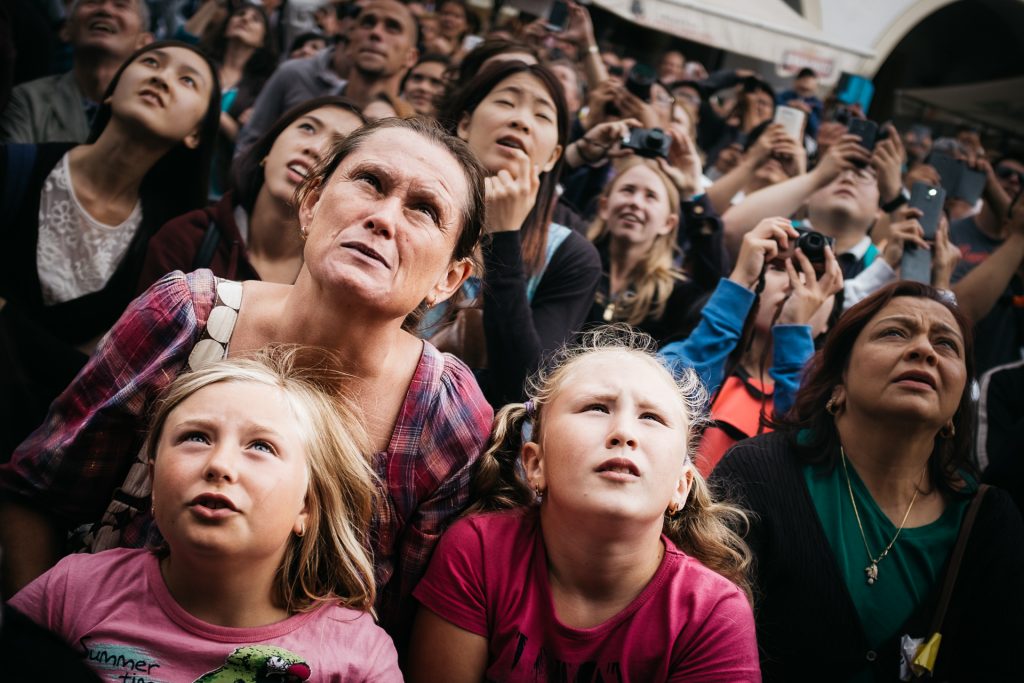 The show is so unspectacular many people believe they have missed it when they have just seen it. It lasts for 13 seconds. At it’s climax the statue of a gold-plated cock briefly flaps its wings. Nevertheless, every hour, hundreds, sometimes thousands gather to watch. Twelve times a day. Every day of the year.

People tend to be forgiving because of a widespread belief that the show is 600 years old but it isn’t. While the clock was first installed in 1410, the moving statues were added much later (in stages in the 17th, 18th and 19th centuries).

The Astronomical Clock’s little show is a prime example of postmodern tourism, the commodification of sights,  how people don’t experience but consume sights, sights as signs in the sense of Roland Barthes. What it is does not matter. It is on the list and so it has to be checked-off.

The clock’s little show can only be experienced on the hour, during a very short time, in a crowded, uncomfortable place to which one has to rush as to not be late. No one is quite sure what exactly to look at or for.

Most people only have one shot to experience it, enjoy it and document it while not being pick-pocketed and not knowing they only have 13 seconds. The pictures have been at Prague’s Standard Cafe since Sept 1 2016.